TRIP TO HAMPTON COURT AND ICE-SKATING 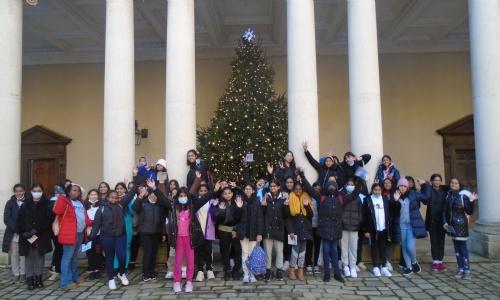 At the end of term, we had the best ever day. Year 7 and 8 got to go to Hampton Court Palace. I thought it would be boring to trail round a historical site but it was really fun. The building was so beautiful and so big. Henry VIII built it to show off his power to his friends and to his enemies. The first room we visited was the Great Hall. Mrs Harker had a tonne of fascinating stories to tell us about what happened in here. Did you know that Shakespeare himself even came to Hampton Court to perform a Midsummer’s Night’s Dream. Mr Sfakianaikis gave us a really interesting tour of the tapestries that were on the wall – in those days carpets on the wall were their central heating. Brrr!

We went round the whole palace and visited the Haunted Gallery where the ghost of Henry’s fifth wife, can still be heard begging for mercy before she got beheaded. Well we think we heard her, but it could have been Mrs Lesser making silly noises – who can tell?

After lunch we went for our Christmas treat on the ice. I am in love with ice-skating and I think lots of us are now. I went again this weekend with my family. At first loads of us fell down but then we got a bit more confident and most of us were sliding around by the end. People who found it hard were allowed to have penguins to help them skate. One of my favourite memories is seeing Mrs Fernley going round with her penguin, it really made me smile.

It was a long day with an early start but I promise it was really worth it. We all want to say thank you to Mrs Harker for organising the trip and thank you to Mr S, Mrs Lesser, Mrs Fernley (and her penguin) and Mrs Nicholas for a really great day out. 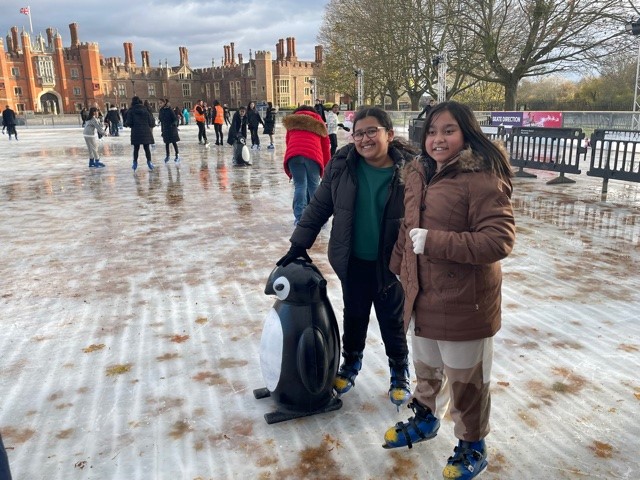 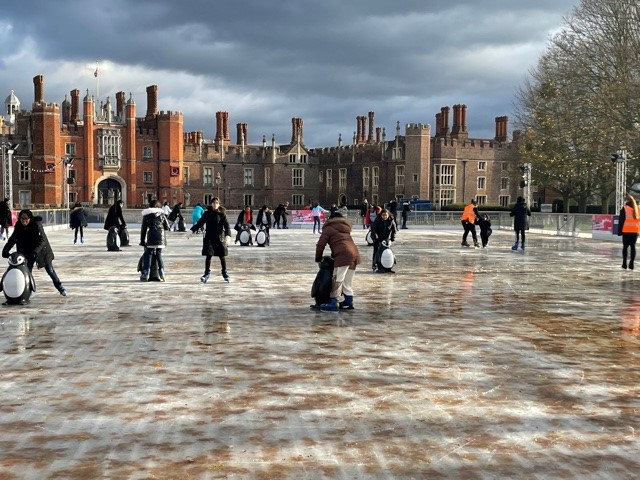 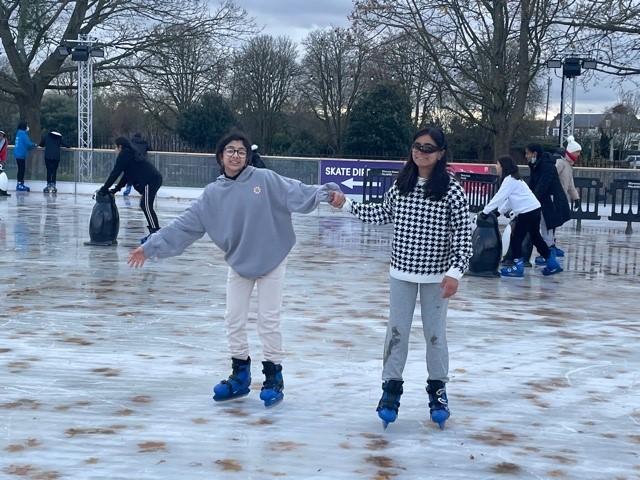 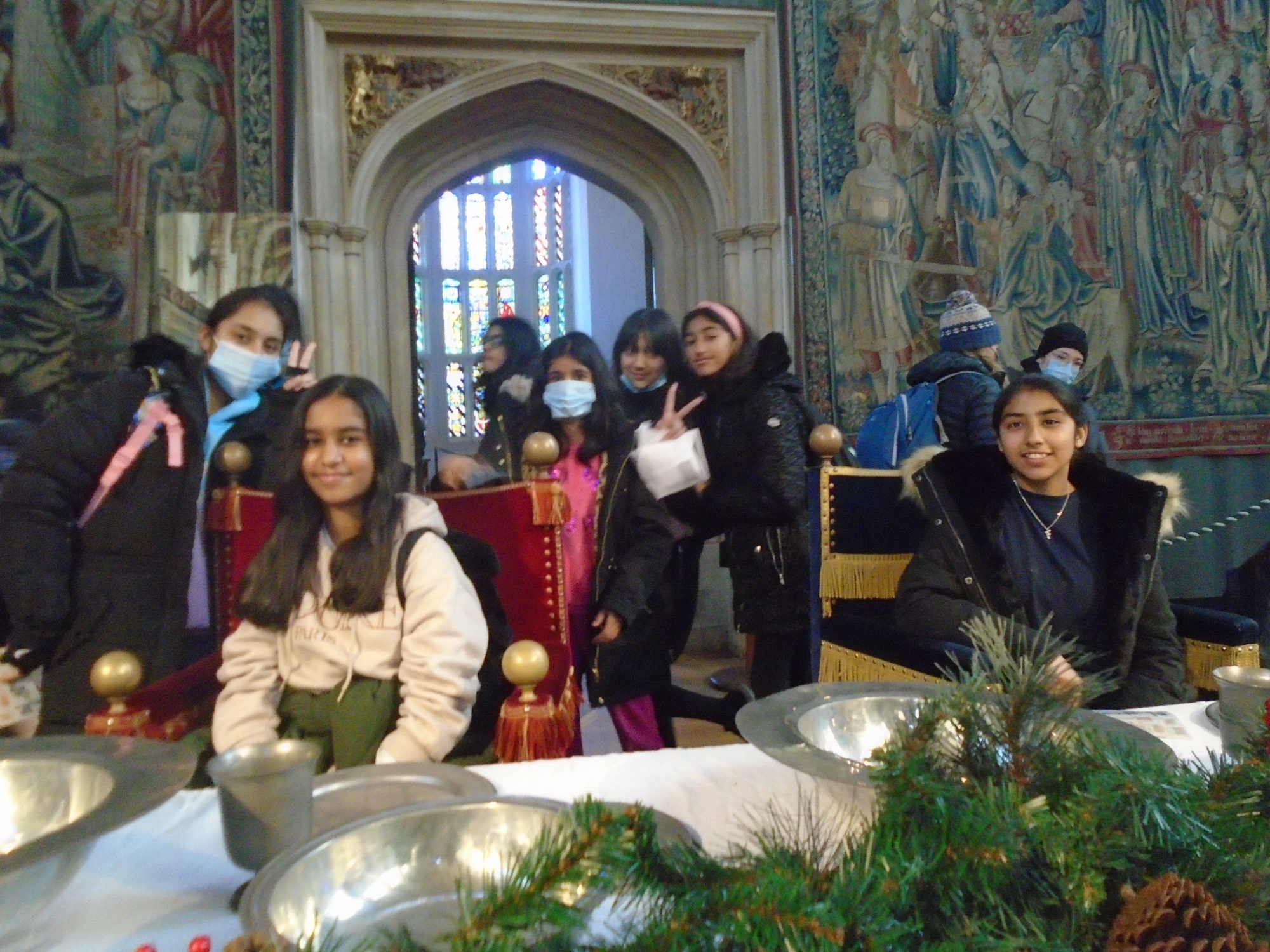 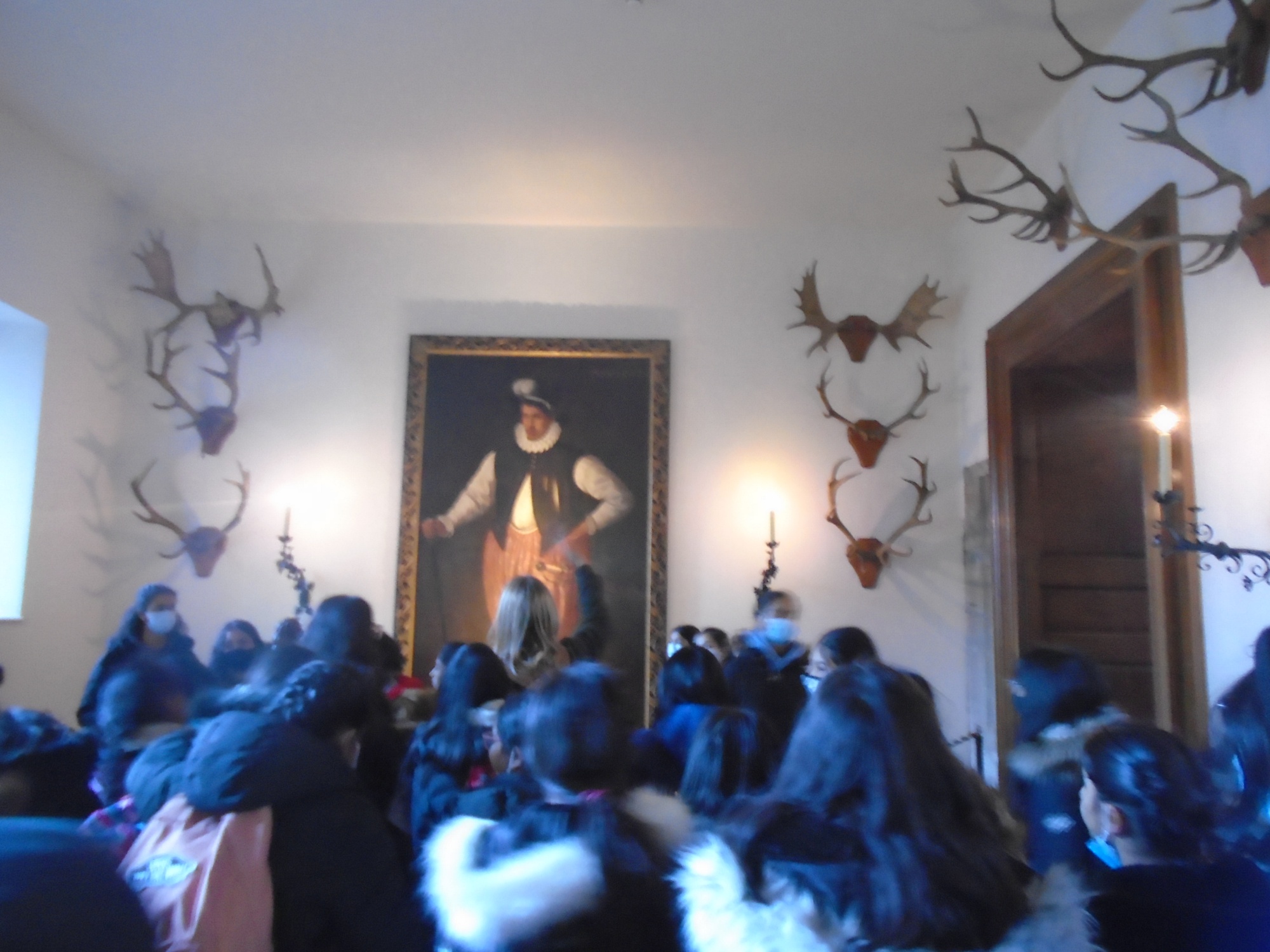